Thirty years is a lifetime.  A generation.  I can’t say whether I still think of him and of the loss every single day.  But it’s close to that.  This year somehow feels harder than many, but I might say that every year.  But the anti-semitic murders at the Pittsburgh synagogue, among other things, seem to be intensifying the pain (a conservative shul, and a connection to HIAS).

I’ve marked this date on this blog many times, but I don’t think I’ve ever really written about the day itself on here (although I have for myself).  I don’t know that I will.  But this year, 30 years to the day later, I remember one thing very powerfully.  Like in Auden’s “Musée des Beaux-Arts,” I’m often struck by the every-dayness of things. How a whole universe goes on indifferent to moments of tragedy or destruction (or joy).

30 years ago today I was in the midst of an argument about nothing.  About washing dishes and whose turn it was to do that.  And that’s when the call came and I couldn’t even understand what was being said.  And when I did understand I made a sound that I had never made before and hope to never make again.  And how things like a softly falling snow, or a chalkboard with a taco special, or a feather sticking out of a down jacket, or a rental car, things that are so ordinary and common and ongoing are now forever etched.

About suffering they were never wrong,
The old Masters: how well they understood
Its human position: how it takes place
While someone else is eating or opening a window or just walking dully along;
How, when the aged are reverently, passionately waiting
For the miraculous birth, there always must be
Children who did not specially want it to happen, skating
On a pond at the edge of the wood:
They never forgot
That even the dreadful martyrdom must run its course
Anyhow in a corner, some untidy spot
Where the dogs go on with their doggy life and the torturer’s horse
Scratches its innocent behind on a tree.

In Breughel’s Icarus, for instance: how everything turns away
Quite leisurely from the disaster; the ploughman may
Have heard the splash, the forsaken cry,
But for him it was not an important failure; the sun shone
As it had to on the white legs disappearing into the green
Water, and the expensive delicate ship that must have seen
Something amazing, a boy falling out of the sky,
Had somewhere to get to and sailed calmly on. 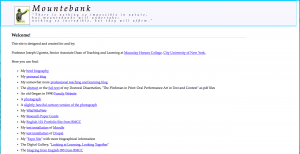 For a very long time (since March 2004) my homepage here at mountebank.org has had the same look.  It was clear, and readable, I always thought, and really just a list of links.  But it certainly didn’t look too modern.  Didn’t really represent very well what I’ve been doing with WordPress lately.  The blog was using the first WordPress theme I ever built, and simple as it was, it worked.  So, with some time off and a cold day (really a couple of days), I took the chance to do some redesigning.  The homepage is now more like a “calling card” with far less on it (although I think I will put a bit more as time goes by).

And the blog is still the same old blog (it was fun to look through some old content).  I still won’t update it very frequently, probably, but from time to time I’m glad to have it as a medium.  And I learned a lot as always in the redesign (also moved to a new host and cloud server).  My CSS skills are improving.  And my MySQL skills less so.  My overall command line comfort is unjustifiably secure.  And in WordPress…I pretty much know what I’m doing.

It seems a strange thing to do on a sad anniversary, but tonight I’m taking my class to see Carmen at the Metropolitan Opera.  It was just the way the schedule worked out.  Last night talking to my parents on the phone I said that Scott would have enjoyed the opera, but then after getting off the phone I remembered that he and I went to the opera together several times as kids, and Carmen was one of the operas we saw.

I wonder if that was in my head somewhere when I made this reservation.  It was some kind of program for elementary school kids to be exposed to opera at the San Diego Civic Center.  I don’t remember how old we were–I think I was probably 8, so Scott would have been 7.  Or something like that.  I can actually picture the costumes and set, and remember talking to him about it afterwards.  In fact (and I’m not proud of this) we both agreed that the woman singing the title role was too fat.  And we actually wrote a letter to the opera saying so–that we couldn’t believe someone so fat was believable in the role of Carmen.  It’s embarrassing to remember that we were that shallow and immature and …but we were 7 and 8 years old.

We got a letter back from someone at the opera company (probably in the marketing and communications office) who told us (in quite a snotty tone) that they chose singers based on their singing ability, not their superficial physical attractiveness.  Even at the time, I remember that we felt chastened.

This was part of a time when we had these unlimited public passes.  We could travel anywhere in San Diego, and I remember trips to Balboa Park, to Fashion Valley mall, to the main library in downtown San Diego, and Horton Plaza–which at that time was extremely seedy.  Sailors, homeless people, prostitutes and petty criminals and vendors.  We traveled everywhere and I think that freedom (we had no money so mainly just went places to walk around and look around) made both of us comfortable in cities and new places–and we experienced something similar in our trip to Europe together, the last summer before he got sick and lost the person he was.

We were also big on writing letters then.  I remember in addition to the letter to the opera a letter to San Diego Rapid Transit praising our usual bus driver.  I remember his name was Floyd Chapman, and he was friendly and protective and funny.  The SDRT responded to us, too, and told us that they would tell Mr. Chapman and his supervisor about our letter.  We were so pleased to see his big smile and he shook our hands the next time we rode his bus.

Scott and I were close–partners in letters, in exploring, in talking and arguing.  For so many years.  On anniversaries like today, and in fact often still, I remember that closeness and the times we had together before he was gone.

I wish I could talk to him today.  And many days.

An impossible number to really comprehend.

On Being a Wizard

There are many things to like about Gandalf, but one of the best is that he is a wizard not because he is some kind of magical creature, not because some other wizard bit him, but because he learned to be a wizard. When he has a serious question, what does he do? He goes to the library!

(First animated gif I made from “scratch,” too).

Inspired by some conversations about copyright and third-party “sales” of dissertations, I decided it’s high time (embarrassed I haven’t done this before!) to get my dissertation out there and available for anyone who wants to read it.  Please do read, do comment, do share, and let me know that you did!

So, in several different formats, here we go.

First, if you don’t want to read the whole thing, why not just look at the cloud. 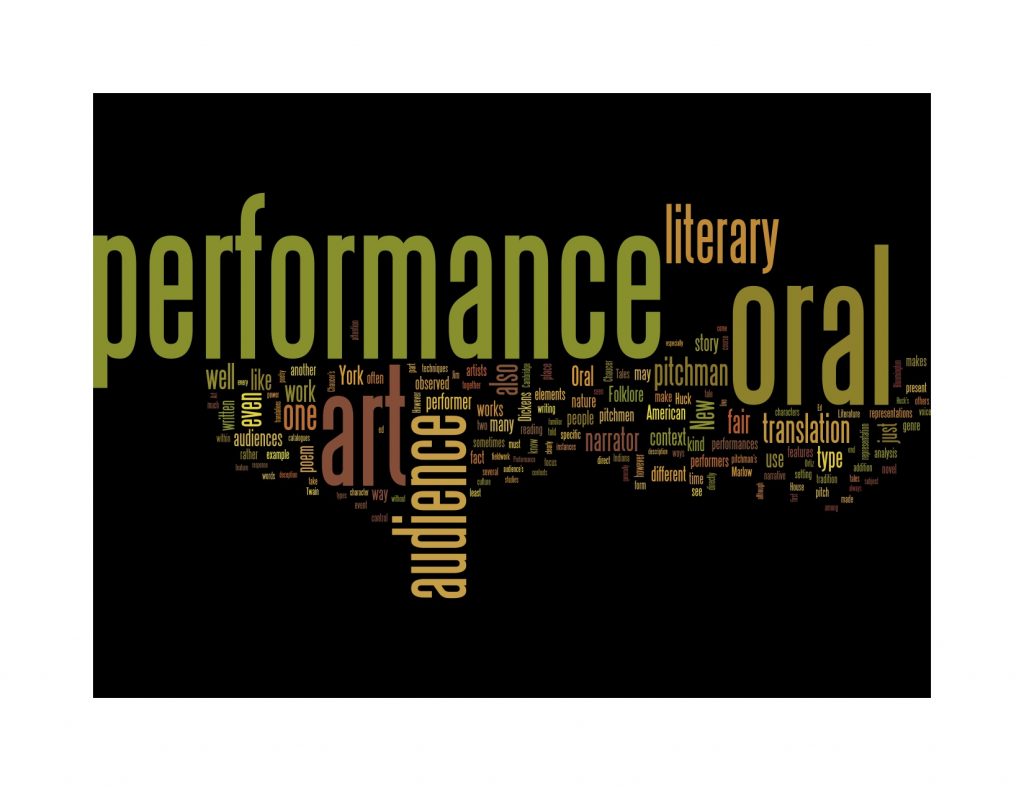 Or if you are inclined to read, you can download, or read here on the screen, the abstract.

And if that piqued your interest, you can either download or read right here the whole megillah:

I don’t really have the wit or the writing skill to explain what troubles me most about the recent shooting in Arizona.  It’s troubling on so many levels.  There’s plenty of valid criticism to be made about the poisonous, venomous, right-wing rhetoric (and yes, you can find some on the left, too, but these days it’s overwhelmingly from the right) that passes for political “discourse.”  There’s plenty to be said about “don’t retreat, reload” and crosshairs on congressional districts, and “second amendment solutions.”  All of that is very dangerous, very ugly, and while it’s a symptom, not a cause, it’s still a troubling symptom.

But there’s also some other rhetoric that demands critique and examination and soul-searching.  I’m reading, from all sides of the political spectrum (but again, mostly from the right), things like “lunatic,” whackjob,” “psycho,” “nutter,” “head case.”

The main, primary tragedy here is the innocent people, including the young girl, who were killed or wounded. But there’s another tragedy, too.  And in a way there’s another victim.  The young man who did the shooting had a terrible illness.  And (as far as we know now) it was completely untreated.  We haven’t at this point heard anything from his family, but I know how hard it can be to treat someone with this illness.  How hard it can be to watch him deteriorate and separate from all that he was.  We do know that this young man acted out in class, and we do know that the school identified the problem as one of mental illness.  And I know that sometimes schools, even schools where they should know better, identify the kind of behavior he demonstrated as just “bad” behavior, without even asking for or requiring treatment.

Most people with the illness this young man had are not violent at all–at least not to other people.  And it’s a terrible shame that he killed and hurt so many innocent others.  But it’s also a terrible shame how vastly more often this illness kills and hurts the people who suffer from the illness–taking away the people that they were, even taking away their physical health or sometimes their lives.  And hurting–even if not with shooting–many innocent people, too–their families and friends.

I’ve had a very good three years at Macaulay Honors College as Director of Technology and Learning. It’s been a good position, a good fit for me, and I have enjoyed the challenges and opportunities. But as is usual, I’ve been wanting more–more involvement with the “I” in “IT,” the “Learning” in “Technology and Learning.” I have ideas about curriculum and ideas about student projects and progress, and about faculty development and new initiatives.

So I’m pleased to say that my contributions and my eagerness to do more have been recognized and rewarded, and I’m now (as of September 1) Associate Dean of Teaching, Learning and Technology. Even with an official press release and announcement! 🙂